We are still aiming to begin shipping in Sept! In any case, Schrodinger at 75 will set the stage for game play by ages 10+ to link the creation of quantized energy to the creation of all biophysically constrained RNA-mediated biodiversity via what is known about viral latency from playing the game “Cytosis.”

“…intellectual communication between life science and biotechnology is being necessary as biotechnology using good results of life science research improving the quality of life is in the limelight. In order to understand life phenomena and to develop its control techniques, integrated research including molecular biology, biochemistry and biotechnology has to be accomplished rather than independent research. Furthermore, integration of NT (Nano Technology), IT (Information Technology), and MT (Medical Technology), to systems biology is necessary for scientific breakthrough. This systemic approach can lead us to accomplish our dream, scientific discovery and improving the quality of life.

Medical Technology is the Interface.

Any scientist who has ever worked in a medical laboratory should be able to link the creation of the sun’s anti-entropic virucidal energy to all biophysically constrained biodiversity. They could do that in the context of what they have learned about the potential of hydrogen, which is commonly referred to as pH. The measurement of pH in different samples may make the difference between a life or death diagnosis by a patient’s physician.

The levels of complexity increase as medical laboratory scientists consult with their laboratory directors, the pathologists. The pathologists may know that femtosecond blasts of UV light have linked hydrogen-atom transfer in DNA base pairs in solution to biophysically constrained viral latency. That’s how serious scientists link the creation of microRNAs to the creation of ATP synthase and ATP  from the creation of RNA and fixation of RNA-mediated amino acid substitutions to the differentiation of all cell types in all individuals of all living genera. Fixation of quaantized energy-dependent RNA-mediated amino acid substitutions links the pheromone-controlled physiology of reproduction in bacteria to our visual perception of mass and energy in the context of the stability of the space-time continuum.

Then see: Our Consciousness is Directly Linked To Light

See for comparison: Neurons made from blood cells – a new tool for understanding brain diseases

Tom Südhof, professor of molecular and cellular physiology at Stanford University, also contributed to this article and owns shares of Neucyte, Inc.

He was initially on the list of those who are presenting during Schrodinger at 75. It appears that Michael Rosbash may be his replacement. That makes sense to all serious scientists. No one who has withheld information on the link from biophotonics to healthy longevity via the creation of different cell types is likely to avoid claims that they are, at least in part, responsible for some remaining brain pathology that could have been effectively treated with RNA interference.

Subatomic: An Atom Building Board Game 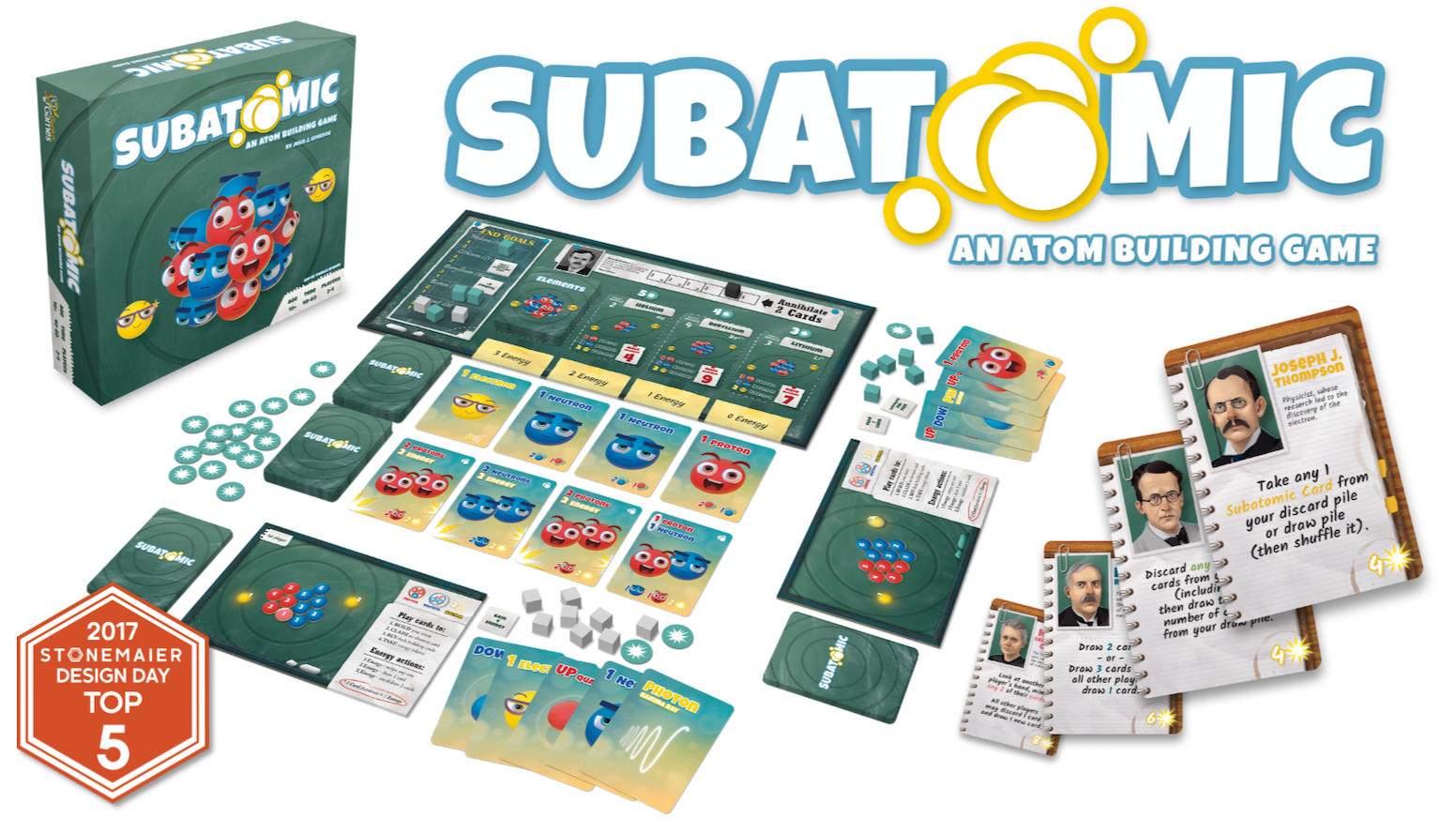 A deck-building game where particle physics & chemistry collide! Use quarks to build subatomic particles & particles to build Atoms!
On June 25, 2018 John Coveyou wrote: We are still aiming to begin shipping in Sept! In any case, Schrodinger at 75 will set the stage for game play by ages 10+ to link the creation of quantized energy to the creation of all biophysically constrained RNA-mediated biodiversity via what is known about viral latency from playing the game “Cytosis.”