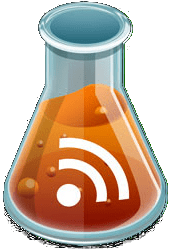 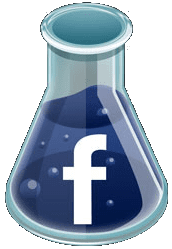 Abstract: “Hypothalamic neurons that express agouti-related protein have been thought to regulate appetite by counteracting the melanocortin signaling pathway. Evidence now indicates that these neurons can also modulate dopamine signaling.”

The link to appetite regulation is from olfactory (and probably pheromonal) stimuli directly to the diet-responsive (and probably pheromone-responsive) hypothalamic neurogenic niche that controls nutrient chemical acquisition via its control of the dopaminergic and serotoninergic neuronal systems, which are the invertebrate neuronal systems involved in push / pull responses to nutrients (push) and toxins (pull).

We now have examples of how ethanol classically conditions receptor-mediated behavior, and how food odors classically condition receptor-mediated behaviors.  Both examples include measurable effects of changes in mammalian gonadotropin releasing hormone (GnRH) neurosecretory neurons in the medial preoptic area of the anterior hypothalamus that control the maturation of the hypothalamic-pituitary-gonadal and hypothalamic-pituitary-adrenal axis. The epigenetic effects of ethanol and food odors (and pheromones) can be measured in assays of luteinizing hormone (LH).

The link from GnRH to LH to dopaminergic rewards in mammals, extends the invertebrate model organism (the honeybee)  to humans via common the common molecular biology of odor-driven learning and memory that has absolutely nothing to do with tone and shock pairing (operant conditioning / “training”). The agouti mouse exemplifies how the epigenetic effects of nutrient chemicals alter genetically predisposed phenotypic expression, which includes behavioral changes linked from odor input directly to hormones, like dopamine, and their affects on behavior.

The notice of the article by Dr.  Palmiter, who I met with last November for a one-hour discussion in Atlanta, came to me the day after the moderator of the psychiatry-research yahoo group put a stop to the nonsense about operant conditioning that was directed at me. Never before have I seen such confusion about cause and effect exhibited by people who should know better about the foundation of all behavior (i.e., biology). Never before have such unwarranted criticisms been directed at me because I stated the facts.  If not for the moderator putting a stop to the nonsense about definitions, I would have abandoned discussions there at a time when all information from all disciplines supports my model. Kudos to Robert Karl Stonjek for putting a stop to the nonsense provided in debate about purely theoretical ‘Behavioral Analysis’ issues, which I hope will eliminate any further comments from antagonists like Glen Sizemore and Glynn Owens and David Schneider.

I welcome the opportunity to discuss any representation from current scientific research that does not appear to be consistent with my model of adaptive evolution via nutrient chemical-driven and pheromone-driven ecological, social, neurogenic, and socio-cognitive niche construction.

The unsexy truth about dopamine

Dopamine might be the media’s neurotransmitter of choice for scare stories about addiction, but the reality is rather more nuanced